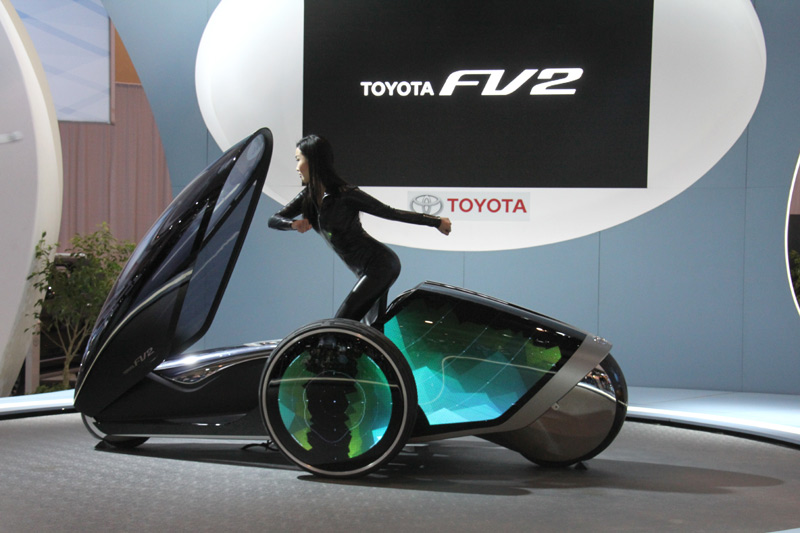 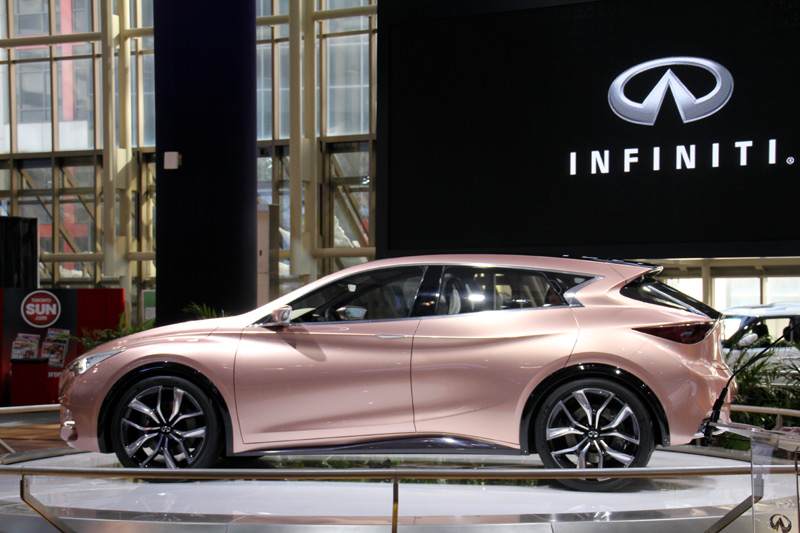 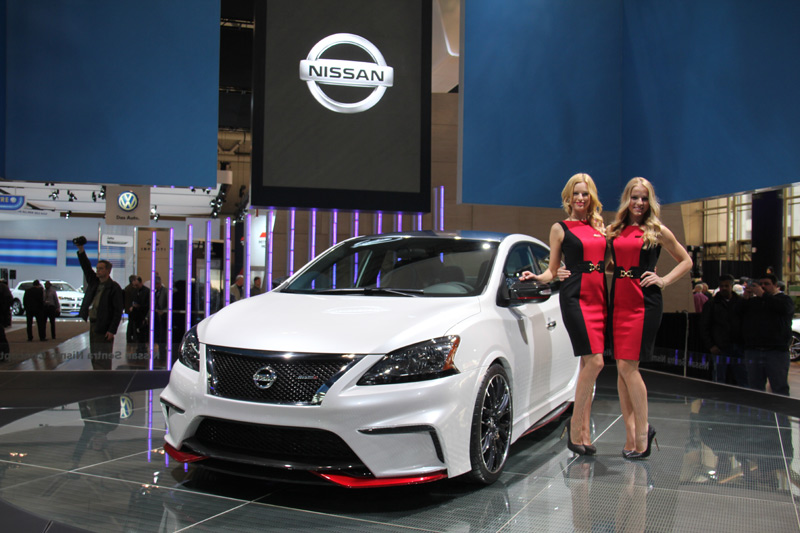 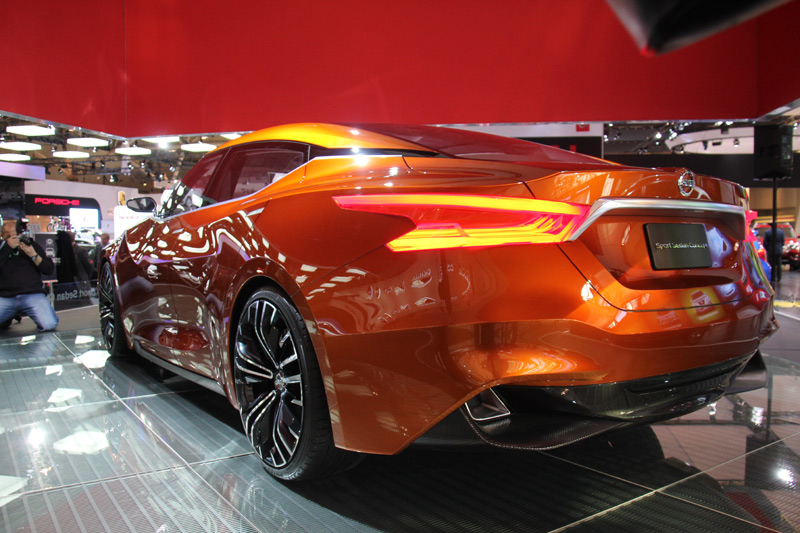 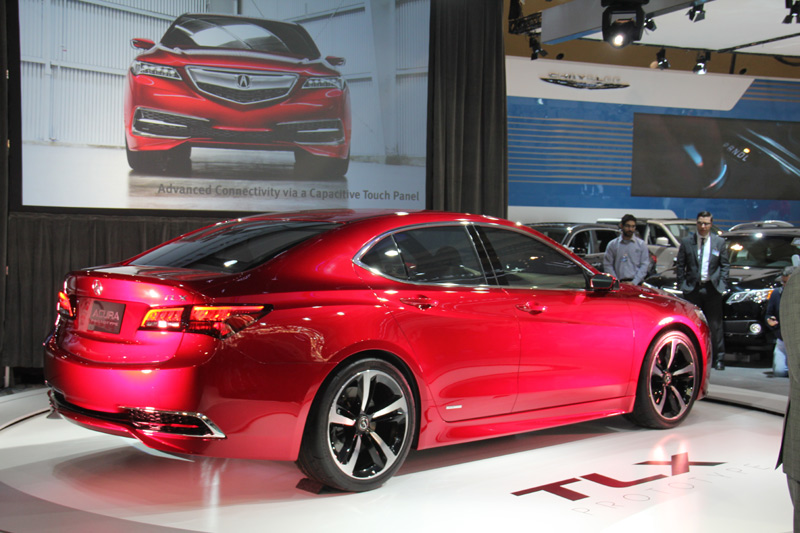 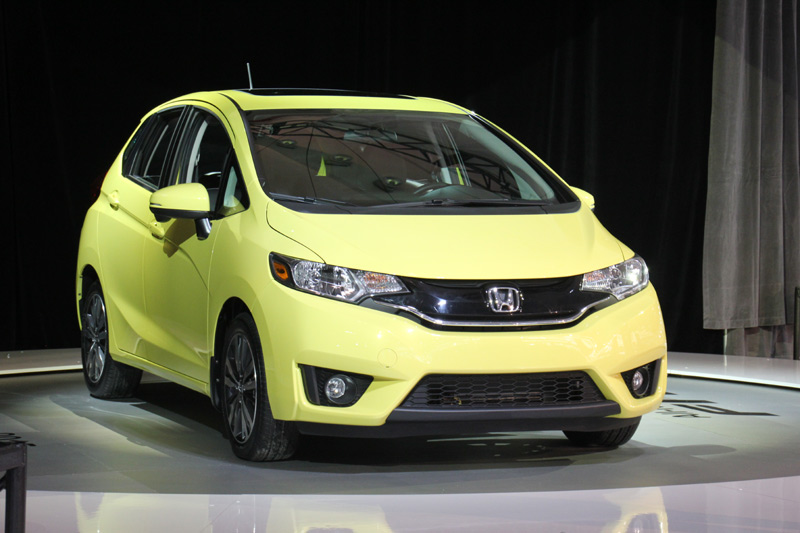 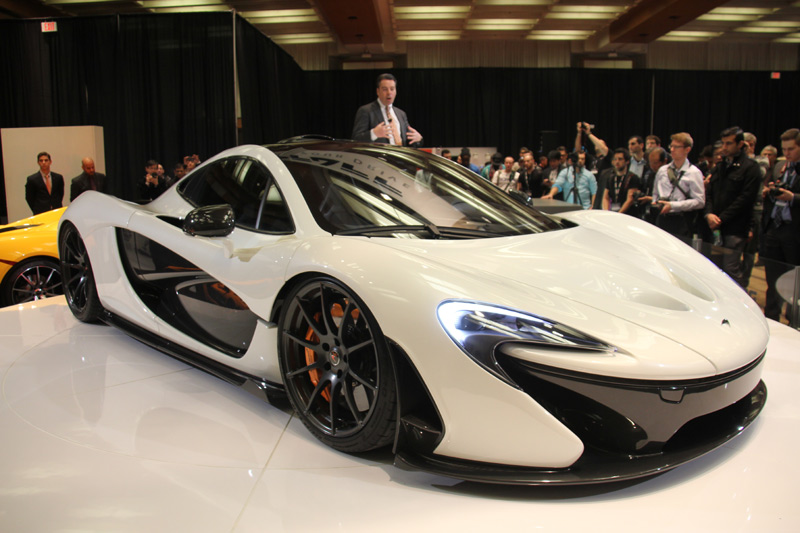 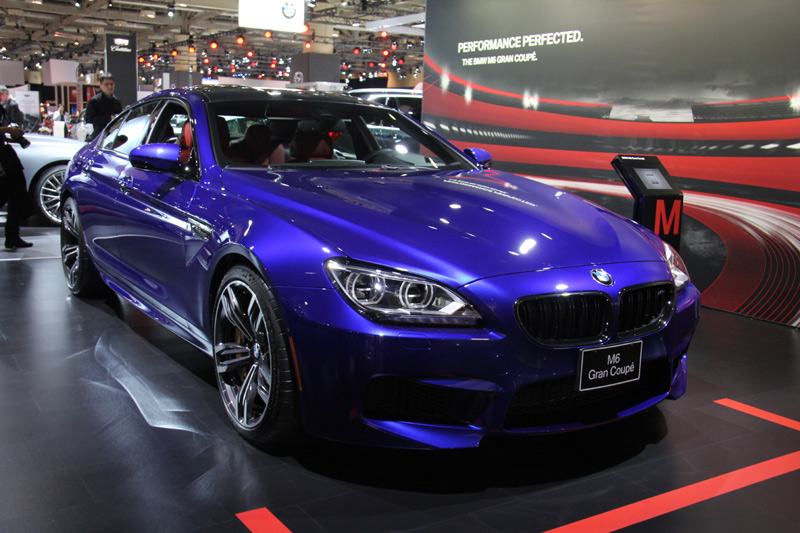 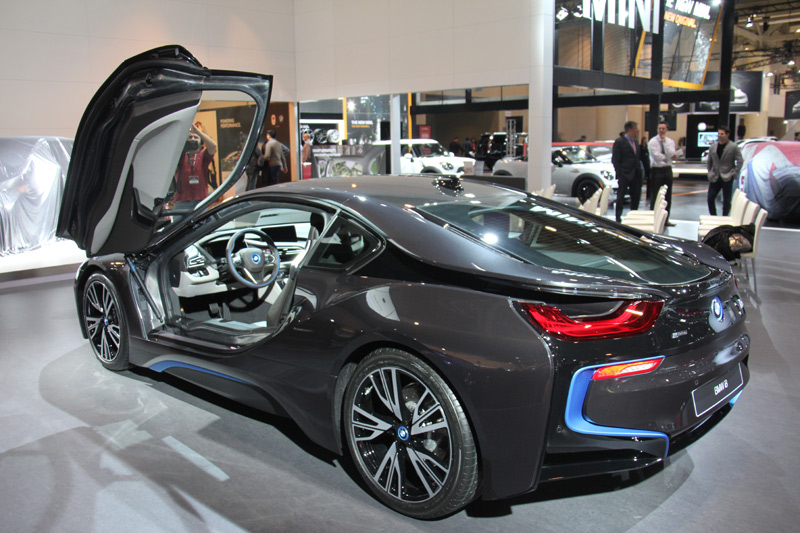 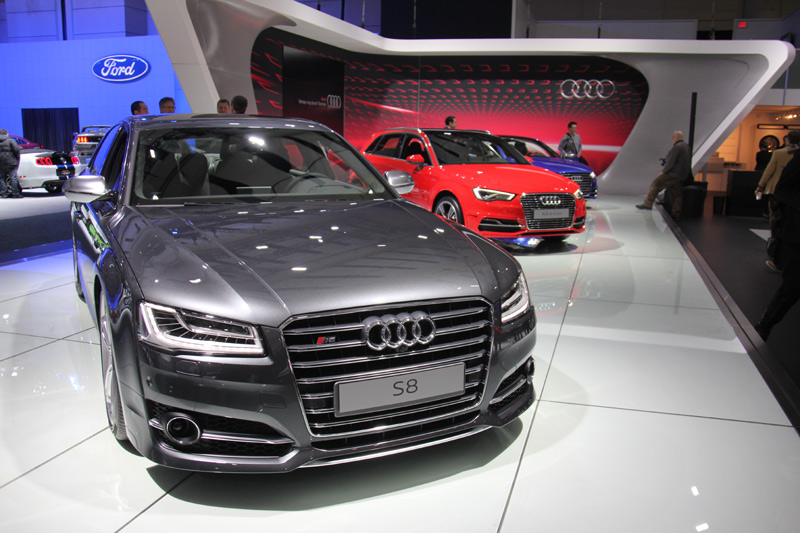 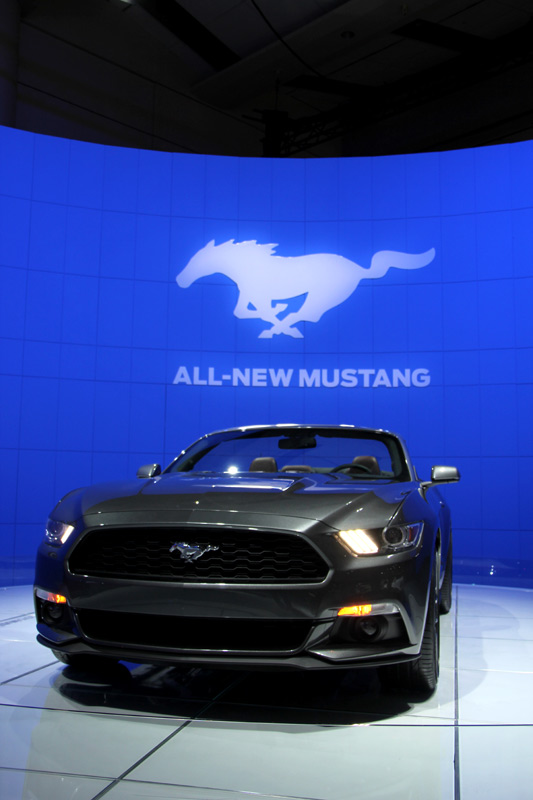 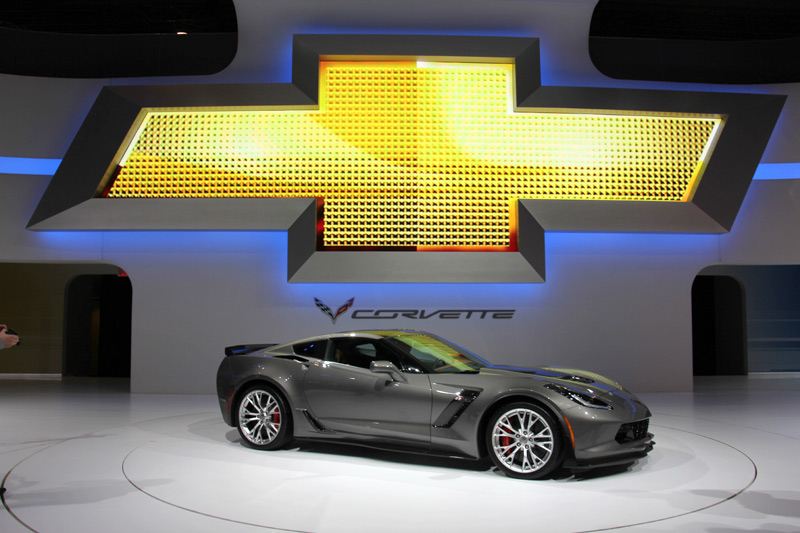 10 things to see at the Canadian International Autoshow

A few years ago it was all about hybrid vehicles. Automakers were racing to get hybrid gas-electric cars in showrooms to prove that we had a future after the oil runs out.

It seems as though the industry has moved on now, rolling out cars and concepts that still rely on gas engines, but use a little help from electric motors. The result is often outrageous performance packaged up as sleek as a cover model.

From the super expensive to the super cheap, here’s a list of ten themes at the Canadian International Autoshow:

1. It’s about the power again

Power, determination and good looks. If someone was looking to bottle up an extraordinary athlete like Charles Hamelin as a vehicle, they’d have no shortage of automotive examples exuding power, precision and finesse to get inspiration from at this show.

The highlight in Toronto this year is the McLaren P1.

The P1 looks as unique as a piece of art in a European museum, yet can travel at galactic speeds. It can dart from 0-100 km/h faster than it took me to write this paragraph (2.8 seconds) with power from a gas engine and an electric motor.

Oh, and don’t bother even dreaming about buying this vehicle inspired by the early ’90s McLaren F1 and Lewis Hamilton’s Formula 1 ride. All 375 have been sold with a starting price of USD$1.1 million. Count yourself lucky to be able to see one of the seven sold to Canadians.

An honourable mentions goes out to the Corvette Z06 Stingray. A workhorse of a sports car without the McLaren’s tailored details.

Fast engine? Check – thanks to the 6.2-litre 625 hp V8 engine. Good lucks? Yup, this will turn heads – but most importantly, it’ll put a smile on the driver’s face.

It’s been a while coming, but diesel-powered vehicles’ promise of more for less is starting to become an accepted concept. Specifically at the show, we’re seeing several diesel-sipping trucks.

While some manufacturers flaunt their hybrid gas-electric vehicles, look to the European automakers’ for fuel-sipping diesel options in other categories. It might be smelly at the pumps, but the diesel-powered vehicles of tomorrow won’t be as painful at the checkout.

3. Cheap and cheerful is back

Given the choice, and approximately $10,000, would you rather buy a used car, or a brand new Nissan Micra?

Believe it or not, the Micra comes with four doors, five seats and the new car smell — all with a price tag of less than ten grand. That makes it the most inexpensive new car in the country. Not even the Americans have it this good. Wild.

It’s not just a vehicle with enough space for you and a best friend in the passenger seat. Surprisingly, the back row is spacious enough for your two tallest mates bundled in the thickest winter jackets. Just keep their baggage to a minimum since the trunk is tiny: pretend you’re a domestic air carrier.

It’s also worth checking out the 2015 Honda Fit. This car has traditionally been as much fun to drive as the kiddie rides at an amusement park. You know, it’s a hoot, but not scary or boring – which is an important trait for a basic no-frills car.

4. Green can be mean

In Toronto BMW pulled the wraps off its i8 production car, a stunning piece of plug-in hybrid machinery that is designed to perform as well as it looks good.

It costs $145,000, so for most of us, the auto show might be a best chance to check out this incredible example of how an automakers is making cars fun and frugal. In showrooms this fall.

5. Green can be lean

For something that’s still fast(ish) and eco-friendly, then BMW’s rival Audi has an option in its new A3 e-tron.

The hatchback plug-in hybrid packs a measly 1.4-litre internal combustion engine that pounds out 150 hp, plus a 75 kW electric motor for a total of 204 horses that top out at 222 km/h.

Commuters take note: fully charged in 2.5 hours, the A3 e-tron can travel 50 km without the gasoline engine’s help. And for longer road trips, this Audi has a claimed total range of 940 km.

Look for this example of Vorsprung durch Technik in red at the Audi booth.

Volvos have long been considered safe boxes of steel on wheels, stiff enough to withstand a crash yet as boring as watching bread rise.

Forget it for this Volvo. The race engineers asked themselves ‘Who is this car for?’ and selflessly decided the answer was themselves. Good.

This wild blue car (available in Canada in black at a starting price of $64K) features a 3-litre six-cylinder turbo engine that pumps out 345 hp to all four wheels up to a top speed of 250 km/h. It’s supposed to be ready for all seasons, all weather and all conditions. It’s ready for lots of eyeballs at the auto show, that’s for sure.

You might never drive a Mercedes-Benz S-Class on the road, but the simulator should give you a taste of what it’s like to take the next-generation of automotive technology for a spin.

This is a vehicle that can hint at what our self-driving future will look like. All you’ll need to do is sit behind the wheel (or behind the so-called driver) and watch as the car makes decisions for itself, based on traffic, pedestrians and lane markings. Creepy cool factor guaranteed.

While in the AutoConnect Zone, also check out the self-parking Ford C-Max Energi concept. Yes, automatic parallel parking isn’t new. But this one can park without requiring you to be in the driver’s seat. So, you could theoretically be paying for parking while your Ford rolls int your spot.

After stirring controversy in Detroit, the Ford F-150 is in Toronto for you to see its new aluminium-alloy body for yourself.

Yes, commenters on auto blogs are skeptical of the lightweight construction, but there’s no denying that a 700-lb lighter truck has the potential to perform better.

Aluminium construction hasn’t hurt sportscars built with the material, and for what it’s worth, the F-150 still seems like a serious truck. Take a look for yourselves at the Ford booth.

This Lamborghini was as conspicuous in the exotics section as someone wearing a tracksuit to a black tie wedding. For that reason, it’s not something to miss.
Let’s be honest, a Lamborghini is not a car you get to fly under the radar. The vinyl art wrapping will ensure that this 560 hp car stands out.

This particular Gallardo LP560 is wrapped in art from Lisabel Filitrault. It usually takes a few months for her to design the artwork, and then they spend two weeks wrapping the Lambo in a print replica. Costs $10,000. And you, to complete the set, you can spring for the traditional art pieces at $20,000.

Taking it all in, it appears as though the Lamborghini is even more of a statement car with Lisabel’s art than its already stunning factory paint job.

10. The premium CUVs are arriving –- and look good

Two luxury Crossover Utility Vehicles stood out at the show: the Porsche Macan and the Mercedes-Benz GLA . First things first, you should know that they’re both gorgeous.

Unlike some CUVs which look like ugly ducklings concocted by accountants, both of these luxury CUVs actually look smooth and well-designed.

Although many traditionalists are of the firm belief that a Porsche should be a two-door RWD sports car, the four-door jacked-up 2015 Macan will feature a 340 hp V6 engine and sell for about $54,000.

Mercedes-Benz, meanwhile, is flaunting its similar GLA CUV. To add another acronym to the mix, the performance-tuned AMG GLA will feature the world’s most powerful four-cylinder engine at 355 hp.