The Dead City. That is what locals call where we are headed today. Bechuan, where there was the single largest loss of life in last month’s earthquake, and an estimated five to seven thousand people are still unaccounted for, presumed buried under massive land slides. On the way we go through Mian Yang city, past the stadium that at one point held about sixty thousand residents from Bechuan. About two thousand people are still here, including many elderly and children. They take shelter under a wide outdoor walkway, sleeping on a colourful array of quilts and blankets, startling few possessions tucked alongside. It is at this stadium where we find 14 year old Yi Su. His eyes are serious and he seems weary and old for his age. His story is one a child should never have to tell.

Su was at school when the quake hit, and their teacher rushed them outside. “Once we were out, we looked back and our school building collapsed and we were so scared and it was so dusty,” he recounts through an interpreter. He was immediately worried about his parents and ran the one kilometre home, “and then I met my father and grandma and other relatives and asked about my mom and they said my mom was gone.” His mother had been buried. Su says he misses her terribly, and can still hear her voice, telling him to study hard; so here at a tent school, that’s exactly what he does. Burying his grief in his books, a temporary reprieve from reality, a future to focus on.

His classroom is a non descript blue tent, in a row with dozens of others. Like many of the thousands of tents lining the roads in this area, it was donated by a foreign aid group. Tents purchased by the Canadian red cross are still being trucked to the area. The woman in charge the Sichuan relief project for the Red Cross, is far from her Ontario home, but there is no place Yunhong Xhang would rather be than helping, and work here is far from over. “The need is still massive after an earthquake of such scope, in the village and the prefecture we have visited the past few days we did see the need for water for temporary shelter for hygiene and for non food items,” says Xhang. At this point I realise Canadians have a lot to be proud of, having raised the second most money of any country (after the U.S.) for the Red Cross effort, it is easy to see the donations are making a tangible difference.

The 2500 ents Canadian donations are providing will give shelter to people like Su and his father. People who have lost everything. In Su’s tent classroom, yet another number gives pause. Out of his 17 classmates, three have lost immediate family members. For now, they can’t even go to their home town, its off limits due to the risk of more landslides and disease: it truly is the Dead City. But among the living, there is a strength that is undeniable, a determination not to be beaten, as Su says “I miss my mother so much, but I have my grandma and my father and we will live together as a family, and create happiness.” I leave him then, hoping against hope, that will come true. 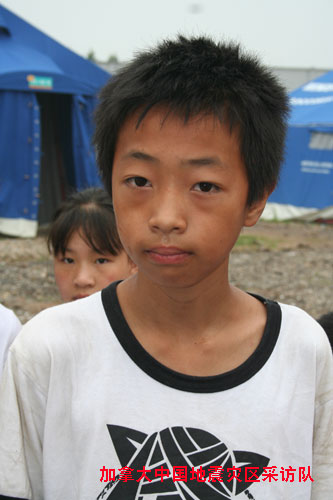 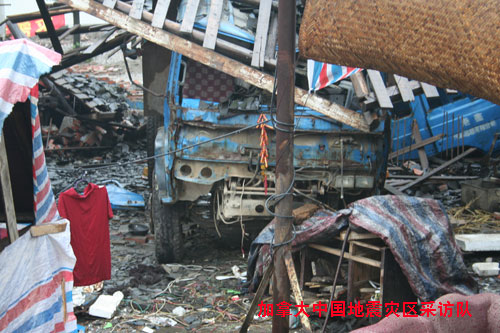 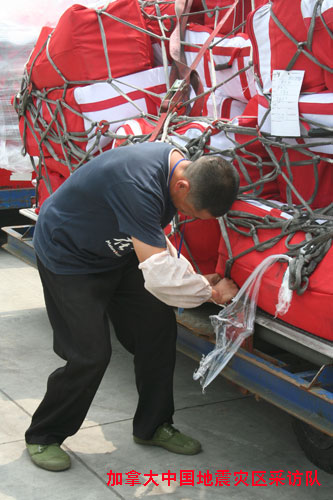