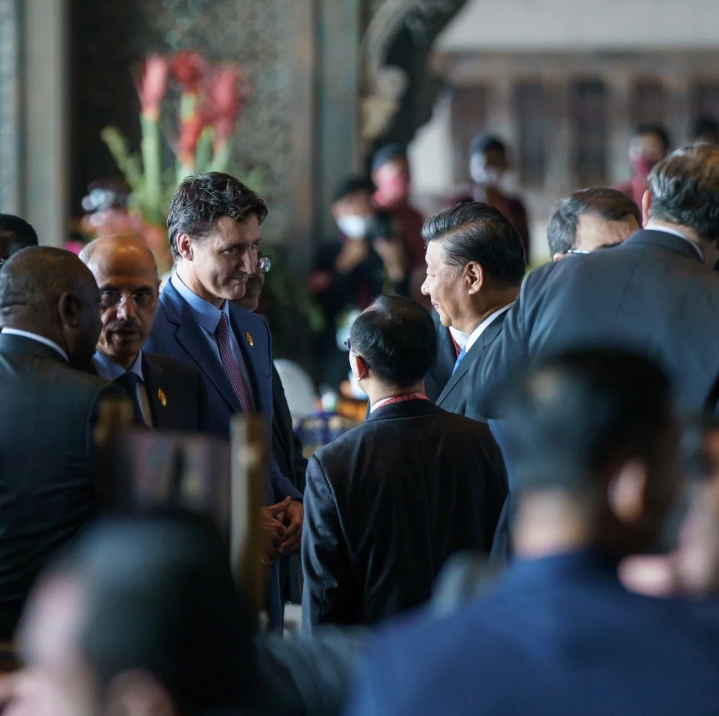 Strategy promises a bigger Canadian military footprint in the region

Canada’s long-awaited Indo-Pacific strategy describes China as “an increasingly disruptive global power” on the world stage — a social and economic force that’s too big to ignore but is also increasingly focused on bending international rules to suit its own interests.

Using some surprisingly blunt language, the strategy says the Canadian government needs to be “clear-eyed” about China’s objectives in the Far East and elsewhere. It promises to spend almost half a billion dollars over five years on improving military and intelligence co-operation with allies in the region.

“China’s rise, enabled by the same international rules and norms that it now increasingly disregards, has had an enormous impact on the Indo-Pacific, and it has ambitions to become the leading power in the region,” says the 26-page document, which was provided to the media in advance of its formal release in Vancouver on Sunday.

“China is making large-scale investments to establish its economic influence, diplomatic impact, offensive military capabilities and advanced technologies. China is looking to shape the international order into a more permissive environment for interests and values that increasingly depart from ours.”

The strategy document also says that “China’s sheer size and influence makes co-operation necessary to address some of the world’s existential pressures, such as climate change and biodiversity loss, global health and nuclear proliferation.”

In that respect, Canada’s foreign policy blueprint mirrors the approaches taken by its closest allies, including the United States, which last February released its own vision for engagement in the region.

Where the American and Canadian strategies differ is in how Canada’s document spells out that it will “at all times unapologetically defend our national interest” and that its views will be “shaped by a realistic and clear-eyed assessment of today’s China.”

Many observers — including some prominent Liberals — have urged the government over the past few years to maintain the pro-business and investment relationship with Beijing that has built up over the last two decades.

The new strategy document, however, appears to reflect the lessons of the bruising international clashes that have driven relations between Canada and China into the deep freeze: the arrest and extradition fight involving Chinese telecom executive Meng Wanzhou; China’s retaliatory detention of Canadians Michael Spavor and Michael Kovrig; and even the lecture Chinese President Xi Jinping recently delivered to Prime Minister Justin Trudeau — an event caught on camera.

“In areas of profound disagreement, we will challenge China, including when it engages in coercive behaviour — economic or otherwise — ignores human rights obligations or undermines our national security interests and those of partners in the region,” the strategy document says.

“Our approach is clear, you know, and we have a clear framework which is essentially about protecting our national interests without compromising our values and principles,” Joly said.

“So what I’ve said many times at this point is we will challenge when we ought to and we will co-operate when we must.”

It proposes changes to the Investment Canada Act to prevent state-owned enterprises and other foreign entities that threaten Canada’s national security from taking over critical Canadian industries and intellectual property. All federal departments are being told to review Memorandums of Understanding (MOUs) with China and other countries to ensure Canada’s national interests are being protected.

The strategy upholds Canada’s One-China policy when it comes to Taiwan. The island — a democracy — faces increasing threats from Beijing, which has not ruled out the use of military force in its drive to unify Taiwan with the mainland.

“Canada will oppose unilateral actions that threaten the status quo in the Taiwan Strait,” the strategy says.

Chinese President Xi Jinping and Prime Minister Justin Trudeau got into a testy exchange at the G20 summit in Indonesia on Nov. 16, 2022. (Prime Minister’s Office)
On Sunday, Joly drew a direct line between Canada’s involvement in the Pacific and another major focus of its foreign policy: the Arctic. She said closer ties with South Korea and Japan would support Canada’s goal of maintaining sovereignty in the region, in light of increased interest from countries like China.

“More Canadian men and women will be in the region to ensure peace and also uphold the rule of law,” she said.

The strategy document has been years in the making and was eagerly anticipated by Canada’s allies in the region, including Japan and South Korea, which have been lobbying for deeper cooperation.

The Liberal government promised when first elected in 2015 to develop a new approach to China after years of prickly relations under the former Conservative administration.

But Canada has struggled to figure out how to engage with an increasingly assertive — sometimes belligerent — China and its supreme leader Xi, who has openly rejected elements of western-style governance, such the separation of powers.

The Liberals signalled a plan to increase Canada’s military commitment to the region during the prime minister’s recent overseas trip to the G20 Summit.

There’s also a pledge to help smaller countries in the region build up their security forces, presumably with the help of Canadian training. That pledge is similar to the promise the Liberal government made in 2017 to help increase the training and quality of United Nations peacekeepers — a promise that has gone unfulfilled.

The strategy says the military commitments being made are tied to the ongoing review of Canada’s defence policy, ordered in the aftermath of Russia’s invasion of Ukraine. That review has yet to be made public.

The defence and security promises in the Indo-Pacific Strategy are being made at a time when the Canadian military is short 10,000 members and is struggling to recruit new ones. Joly said the government will make the strategy work and will be “putting money where our mouth is.”

Earlier this month, China’s embassy in Canada responded to a speech made by Joly that previewed the new strategy, saying it “contained a lot of negative contents related to China that distorted the truth, exaggerated the so-called ‘China threat’ and discredited China’s image, which constituted a gross interference in China’s internal affairs. China is deeply concerned about this and firmly opposes it.”